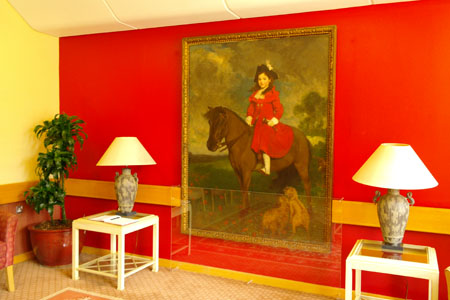 Ben Uri Gallery and Museum and Nightingale Hammerson have announced the first long-term loan of an important work from the Ben Uri collection to a non-museum location.

The loan is part of a new strategic direction by Ben Uri to ensure public access to wonderful works held in storage, which are rarely, if ever, exhibited, for a wide range of reasons. In this case, the painting is simply too large to be shown in Ben Uri’s gallery.

The problem of art in store is widespread across UK and international museums. On average, some 90 per cent of museum heritage collections languish in store, unseen by the public at large. Care homes are ideal locations to host some of these works and the two organisations worked together to make it happen.

Nightingale Hammerson and the Ben Uri Gallery and Museum are also working together on a three year collaborative project. Now entering its third year it is researching the impact of high quality arts interventions on the lives and wellbeing of residents living with dementia. This is bringing art into the home and enriching many of the resident’s lives. Early indications show it is making a real impact.

The painting has been hung in the main reception waiting area in Nightingale House in Balham, London. Helen Simmons, chief executive, Nightingale Hammerson, says: "It is a privilege to host such a wonderful painting in our home and we are pleased that it can be on display for all to see. We expect that many residents, families and guests will gain much enjoyment from it."

Yorkshire Care Equipment is a trusted name throughout the UK, and has been since we were established in 1972. We’ve spent more than 45 years finding and providing the best care solutions, specialist seating and mobility aids, and we devote our work to fulfilling our promise of ‘Taking Special Care of You’.
A family-run business, we deliver...

Care Models 2020: Investing in the future of care 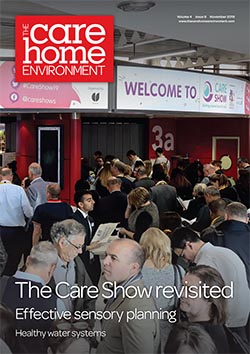 The busiest Care Show on record