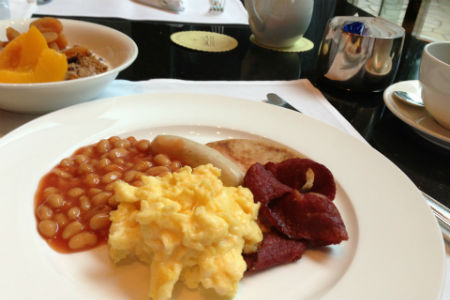 As part of its ongoing commitment to resident safety, earlier this year New Care took the decision to install Dechoker devices across its portfolio of care homes.

Last month, it was this decision that resulted in the first UK life to be saved using a Dechoker since the device was launched here late last year.

In April, a resident at New Care’s Ashland Manor Care Home in Sale, Manchester began to choke on a piece of food while eating breakfast. Care staff responded immediately. However, within a very short space of time the 97 year old became unresponsive and started to turn blue.

Using a Dechoker, staff removed the obstruction within seconds and very shortly afterwards the resident came around and was able to talk to those with her. Paramedics, who had already been called as part of New Care safety protocol attended and took the residnet to hospital as a precaution. After spending just four hours in A&E she was released and allowed to return to her care home having made a full recovery.

“This is exactly what the Dechoker was designed for,” says Matt Oakley, director for Dechoker UK. “We were all thrilled when New Care called to tell us the news and how effective Dechoker had been in a choking emergency.”

“With the number of our devices now in care and nursing homes throughout the UK, and knowing how frequently choking emergencies occur in the sector it was only a matter of time before a Dechoker would be called in to action. It certainly won’t be the last.”

Chief operating officer at New Care, Cath Fairhurst, comments: “At New Care we are committed to sourcing and installing the latest technology to improve and enhance the lives of our residents, and are delighted that the use of Dechoker across all of our homes has already saved a life.”

Launched late last year, Dechoker works by creating directed suction over the airway to remove an obstruction causing a person to choke. It can be deployed and used in seconds by a member of staff, regardless of whether a person is sitting up, lying down or even when they are unconscious. In 2016 over 540 people in the UK died from choking, up eight per cent from the year before; 76 per cent of all choking deaths occur in the over 60s who saw a larger increase of 10 per cent overall.

Martin Green takes over as chair of Care Provider Alliance

Care England: writing on the wall for adult social care this winter

The wissner-bosserhoff GmbH in Wickede/Germany is a leading provider of innovative, high quality bed and furniture solutions for hospitals, retirement homes and residential care establishments. Through a consistent combination of technological and design competence in the customer-driven development of new products and using efficient production...

STJ Projects Ltd provide bespoke joinery solutions to your Care Home projects. Originally a Joinery subcontractor, we have grown and developed our services over time to ensure we meet the needs and requirements of our clients. Our experienced joiners can manufacture and install all manner of timber products, from the construction of a building,...