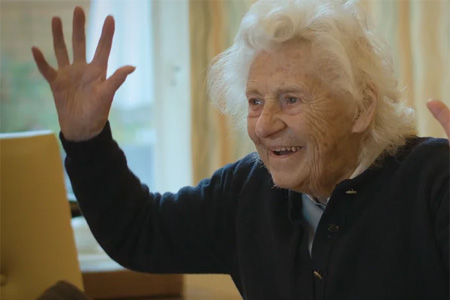 A Richmond charity has received a cash boost to improve the lives of people with dementia by making special films to celebrate their lives.

City Bridge Trust, the City of London Corporation’s charitable arm, awarded £48,000 to My Life Films to support people with dementia across London.

The funding will produce biographical films for people with dementia. The films celebrate the life of the person living with dementia by capturing their unique story in a film to support the individual, and their family and friends.

The films, which are produced for free, help to improve the quality of life of the person with dementia and act as an innovative care tool during all the stages of the disease.

To date, the charity has made films for nearly 200 people, with the majority being in London.

For each film, a trained filmmaker works closely with the person and their family to source and decide content before producing the films and screening. The films are custom-made to tell the life-story of the person using interviews, images and videos from family archives – as well as their favourite music.

A recent NHS pilot study found My Life Films to be a valuable intervention, making people physically energised and active, improving wellbeing and helping people to remain calm, as well as supporting carers and care workers by improving communication and enhancing relationships.

The films can help the people living with dementia to reminisce positively on a regular basis, boost their mood and help them recover from low moods quickly.

Alison Gowman, chairman of the City of London Corporation’s City Bridge Trust Committee, comments: “This unique initiative has already shown considerable success and has been the subject of an NHS pilot study, as evidence of the effectiveness of the intervention to improve wellbeing.

“This funding will allow the charity to produce more films, making a real difference to the lives of people with dementia and those around them – providing special moments to reminisce and reconnect.

“City Bridge Trust is committed to making London a fairer place to work and live.”

Jörg Roth, co-founder of My Life Films, adds: “My Life Films creates biographical films for people living with dementia which are used to improve their mental health, and enable better person-centred care in care settings.

“We will be using the funding from City Bridge Trust to create 32 film packages for 32 people with dementia, their family and care workers, which will help them to live well with dementia and give them hope for the future.”

Global leader in gas appliance manufacturing
Striving for reliable and consistent quality
In order to supply innovative heating appliances that make our lives more comfortable, Rinnai must develop and provide appropriate products while paying close attention to modern demands and problems. This requires advanced developmental and...