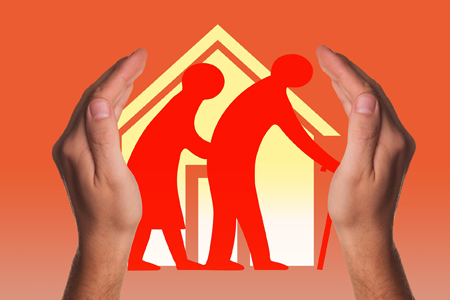 Care providers are calling on the Government to act over the ongoing social care crisis before a no-deal Brexit makes the current situation worse.

The release of the Operation Yellowhammer document has revealed that the Government fears a no-deal Brexit could ‘significantly’ impact on social care providers due to increasing staff and supply costs. It even warns of provider failure.

The Independent Care Group says the publication of the document is further evidence of the dangers to the care of older and vulnerable people post Brexit and the need to tackle the crisis urgently.

“This latest document lays bare the Government’s fear that the sector is going to be further affected by rising costs after a no-deal Brexit. Whilst it sets out the potential issues, it does not offer solutions.”

He says providers have been warning for years over the crisis in social care, which has left 1.4 million people unable to get the care they need after £8 billionn was cut from local authority social care budgets since 2010. Care and nursing homes are closing and home care agencies are handing back contracts because they are untenable to deliver.

“The crisis in social care cannot be allowed to continue,” Padgham adds. “The proposed green paper has been kicked into the long grass until at least the end of the year and we are facing a very difficult future, which the Yellowhammer document suggests could be 10 times worse.

“Older and vulnerable adults deserve better and we call on the Government to act swiftly and save social care.”

The ICG has written to the Prime Minister inviting him to visit social care providers on the frontline at its base in North Yorkshire to see the challenges facing the sector. It is calling for urgent action to be taken straight away to get extra funding into social care. It argues that there is a human case and an economic case for supporting social care.

Tim Roache, GMB general secretary adds:  “Care is in crisis and this paper shows that the Government is fully aware of that fact and just failing to act. Pre-election bribes firstly aren’t enough and secondly don’t tackle the underlying problems within the care system.

“Now we see that the Prime Minister’s reckless pursuit of 'no deal' could mean closures in the already struggling sector. This shows the shambles of the entire system - on Brexit, on care, on how we look after the most vulnerable.

“This is complete and utter political failure on every imaginable front.”

Covid deaths in care homes up 14% in England and Wales

We are suppliers of furnishings to the household market, care industry and hospitality sectors. All of our goods are manufactured inside the EU with most of them being Uk Manufactured. Although most of our items are made to order we hold many goods in stock to fulfil urgent needs. We have over 50 years of experience in supplying our covered sectors...