UNISON: get tough on tax with care operators 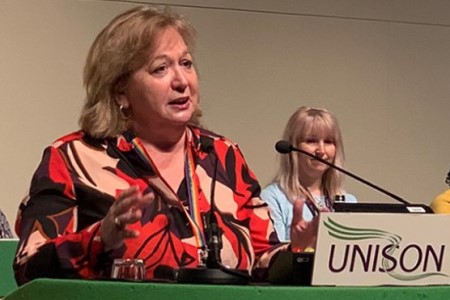 A UNISON-backed report has called on the government to clamp down on internationally-owned UK care home operators that the trade union claims are ​not paying their fair share of taxes.

Between them Sunrise, Gracewell and Signature, which together operate 60 care homes across the country, charged residents more than £225m in fees in 2019​, says the report.

Despite th​at income, said UNISON, the report found the operators reported little or no profit in the UK.

Analysis of reports given to shareholders of US company Welltower, which has a minority stake in the three companies, indicate that in 2019 it made a net operating income of £64m from its UK care homes.

“The UK government needs to get tougher with care companies dodging UK tax. An inquiry must be launched to shine a light on practices that siphon huge sums of money out of the care system while paying staff poverty wages and cutting costs to the bone,” he added.

“The unrestrained pursuit of profit by international organisations who see the UK care sector as a soft touch demonstrate the urgent need for reform.”

“The entire care system has been underfunded and understaffed for too long. Unscrupulous employers have been allowed to exploit workers and put residents at risk, while taking the profits and shifting them offshore.”

At CareHomeLife we understand the challenges faced in running today’s care homes. Our intent is to positively influence the social care industry through the provision of high quality products, systems and solutions for the private care sector. That is why we have created a portfolio of product and service solutions to help a care home improve the...

Company information
Born from a heritage in quality and results Renray are committed to designing furniture, beds and interior solutions with the end user in mind and tailoring our services and solutions to fulfil your requirements and vision.
Our health and social care furniture, profiling beds, PAC and medical equipment are manufactured...